Ever wonder what goes into the making of a BoatTEST review and video? It begins when BoatTEST calls the manufacturer, – in this case Back Cove Yachts, asking to review a new model and if one is available to check out on land and sea. Back Cove then called us, knowing as one of their Dealers, that we had one fully commissioned 32 for sale at one location, and another 32 that our broker Andrew Savage had recently delivered to a client in Marblehead.

That’s how Andrew found out first hand what the back story is, as he hosted Captain Steve and the BoatTEST crew in Marblehead for their testing and review of the Back Cove 32. The historic Corinthian Yacht Club in Marblehead served as a perfect setting to review this quintessential downeast couples cruiser.

With an early morning muster to begin filming, Andrew and the detailing crew from Washing Tides spent the night before getting the boat ready for her close up. Early the next morning Andrew and Adam Carlson, a senior designer with Back Cove Yachts, met with Captain Steve and reviewed the design features and amenities of the Back Cove 32. After that, Andrew and Adam got to step back and get a sneak peak as they watched as Captain Steve and his videographer filmed a variety of segments at the dock.

After covering all the mechanical features and cruising amenities of the Back Cove 32, they headed out for a test of the boat in Salem Sound. They were met with a steady chop that allowed them to put the boat through its paces in a variety of conditions.

Finally, it was time for filming the Back Cove 32 in her element. The videographer joined Andrew and Adam on Andrew’s 2014 Back Cove 37 Downeast, Arete, which served as a perfect platform to film from, and they headed out to capture video of Captain Steve putting the Back Cove 32 through her paces once again. It was beautiful to see these two spectacular Back Cove Yachts running closely side by side to get the perfect action shots.

So, here’s the back story in photos: from the night before, to the meet and greet on the docks, to the action on the water, to the wrap up. And now you can watch the final BoatTEST review here: http://www.boattest.com/review/back-cove/3772_32

If these photo and the BoatTest review aren’t enough, and you would like to learn more about the Back Cove 32, or any of the other wonderful yachts in the Back Cove line-up, please contact us at Boston Yacht Sales by phone 781.331.2400 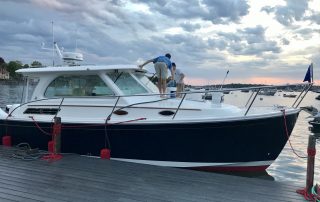 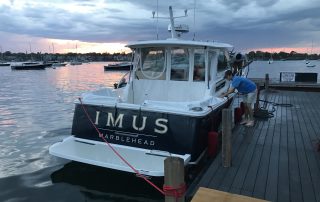 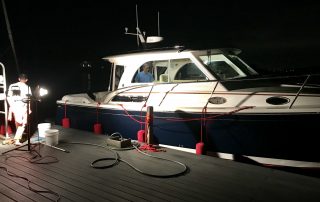 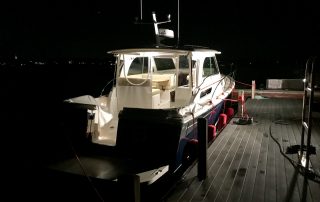 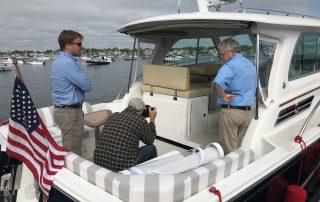 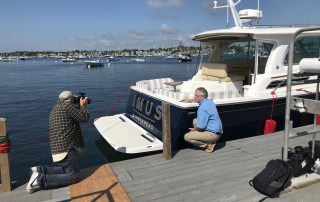 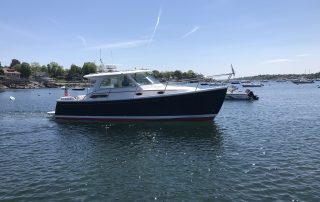 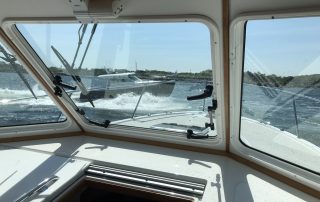 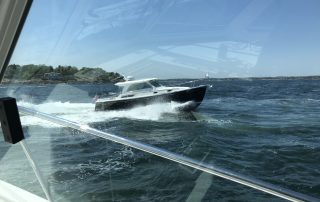 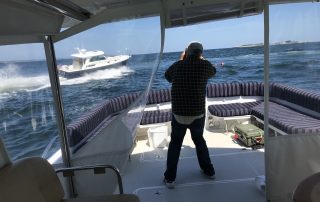 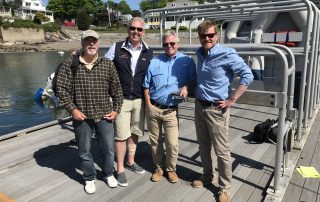